3. Experimental steps of bacterial genome modification based on CRISPR/Cas9 platform:

CRISPR/Cas9 is a tool for cutting DNA at a specific target position. Cas9 protein can cut specific genes under the guidance of sgRNA,

So as to achieve the purpose of gene knockout, knockin, modification and regulation.

Knockout: Unlike conventional shRNA knockdown, CRISPR/CAS9 and sgRNA can specifically cause base deletion or insertion (INDEL) at the genome level,

It causes the destruction of the original gene expression frame, resulting in the complete knockout of the target gene protein level.

Knock-in: Unlike conventional virus-mediated overexpression, CRISPR/CAS9 and sgRNA can be guided by a repair template with homology arms after cutting a specific genomic site,

Inserting the gene to be knocked-in into the target site is different from virus-mediated random integration.

Testor Biotechnology launched the CRISPR method for bacterial genome modification services (including gene knockout, site-directed mutation, site-directed insertion of foreign sequences, etc.). Compared with the traditional gene knockout method, this method is fast and has no trace; it is very convenient for subsequent experimental research. 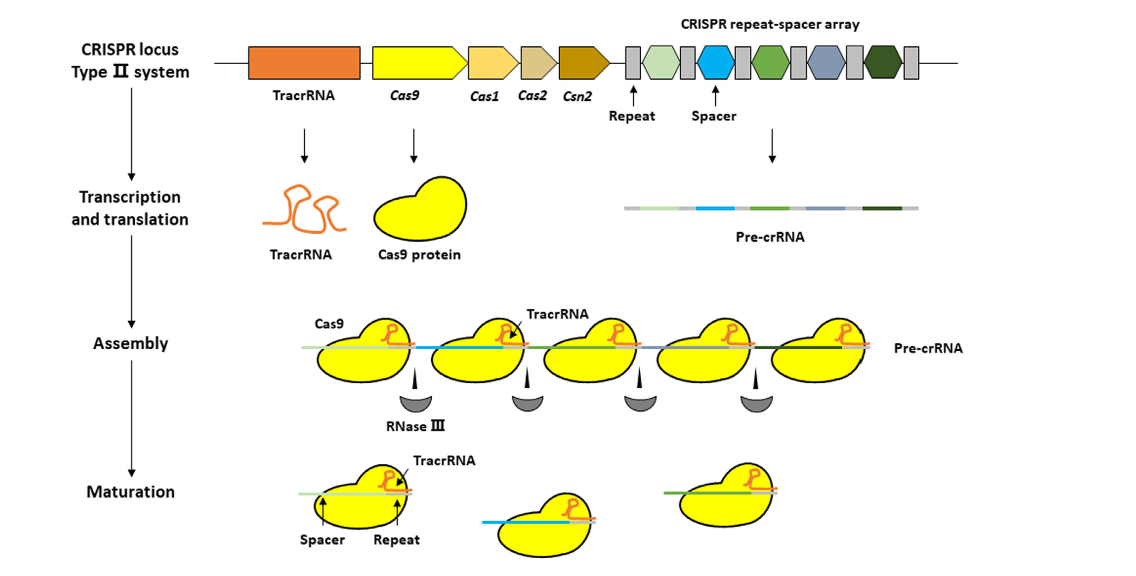